A German–Russian mission called SRG will detect millions of supermassive black holes, many new to science, and hundreds of thousands of stars.

“Have you seen your body in X-rays? It looks completely different,” says Rashid Sunyaev. “We will do the same with the Universe.” Sunyaev, an eminent Soviet-born cosmologist at the Max Planck Institute for Astrophysics in Garching, Germany, could be about to get his long-held wish.

On 21 June, a joint German–Russian mission called Spectrum-Roentgen-Gamma (SRG) will launch into space to chart an unprecedented map. It won’t be the first space telescope sensitive to high-energy ‘hard’ X-rays, which offer astrophysicists a window into otherwise faint objects in the Universe. But it will be the first able to create a full map of the sky in this part of the spectrum — one that will give researchers a new way to track the Universe’s expansion and acceleration over the aeons. “Within a half year, we will cover the whole sky,” says Peter Predehl, an X-ray astronomer at the Max Planck Institute for Extraterrestrial Physics, also in Garching, and a principal investigator for the mission.

SRG’s main scientific goal is cosmological: to create a 3D map of the cosmos that will reveal how the Universe accelerates under the mysterious repulsive force called dark energy. Cosmologists can probe this force through galactic clusters, whose distribution encodes the structure and history of the Universe. SRG will map a cosmic web of about 100,000 galactic clusters by detecting the X-ray glow from their intergalactic plasma and from the plasma filaments that join them. The mission will also detect up to three million supermassive black holes — many of which will be new to science — and X-rays from as many as 700,000 stars in the Milky Way.

“It’s going to be a great survey,” says X-ray astronomer Giuseppina Fabbiano of the Harvard–Smithsonian Center for Astrophysics in Cambridge, Massachusetts. Its data will have a unique role in the field for a long time, she adds.

For Russia, SRG represents one of the most significant space-science missions for decades, and it aims to bolster the country’s astrophysics community, which has suffered decades of cuts and brain drain. The mission carries two independent X-ray telescopes: a German-built one called eROSITA (Extended Roentgen Survey with an Imaging Telescope Array) and a Russian-built one called ART-XC (Astronomical Roentgen Telescope — X-ray Concentrator), which is the first instrument of its kind in the history of Russian and Soviet space research, says Mikhail Pavlinsky, a high-energy astrophysicist at the Russian Academy of Sciences Space Research Institute in Moscow and principal investigator on ART-XC. “Now we have a new chance to return to world-class science,” he says.

The spacecraft will lift off on a Russian-built Proton-M rocket from the Baikonur Cosmodrome in Kazakhstan. X-ray sky surveys have been conducted by previous missions, including one from Germany in the 1990s, called ROSAT. But that mission was sensitive only to ‘soft’ X-rays, with energies of about 2 kiloelectronvolts (keV). Existing missions, such as NASA’s Chandra X-ray Observatory and NuSTAR, can see higher-energy radiation and resolve tiny details of cosmic structures, but they see only small parts of the sky.

SRG’s two instruments each cover X-ray bands that stretch to much higher energies: 0.2–10 keV for eROSITA, and 5–30 keV for ART-XC. (Despite its name — which was kept for historical reasons — SRG will not detect gamma radiation.) Each instrument is a bundle of seven X-ray telescopes that will frame the same swathe of sky simultaneously; their combined power means that they will collect more photons than a single telescope. X-ray photons from the sky are few and far between, so the telescopes’ semiconductor-based sensors — higher-energy versions of the sensors in ordinary digital cameras — will also be able to estimate the amount of energy contained in individual photons.

During its planned four-year mission, SRG will map the entire sky eight times, and researchers will compare the maps and look for changes. For instance, some of the supermassive black holes at galactic centres become extremely bright when they devour matter at a high rate, and then go back to relative quiescence. Although most soft X-rays from these black holes are likely to be absorbed by surrounding dust, harder X-rays should get through, says Pavlinsky. ART-XC might see the objects appearing and then disappearing again from one year to the next, providing information about how black holes consume matter. “We wish to observe several thousand of these events during these four years,” Sunyaev says.

SRG will also investigate the Universe’s distrubtion of ordinary matter and dark matter — the main engine of galaxy formation — and look for direct hints as to the nature of dark-matter particles. It will do this by trying to confirm previous signals that showed peaks in X-ray emissions from some galactic centres, which some researchers have suggested come from the decay of an unknown, heavier relative of the known subatomic particles called neutrinos. These neutrinos could be a major component of dark matter, they suggest — although this interpretation is controversial. “So far, the dark-matter explanation is still on the table” as a potential cause of the X-ray signal, says Esra Bulbul, an astrophysicist at the Max Planck Institute for Extraterrestrial Physics and a lead scientist on the mission.

A hard-X-ray space mission has long been on the cards for Russian and German astrophysicists: SRG’s roots stretch back to the Soviet Union. In 1987, leading astrophysicists including Sunyaev — with his mentor Yakov Zeldovich and Andrei Sacharov — proposed a major mission using hard X-rays, but plans were cancelled after the Soviet Union fell in 1991.

The European and Russian space agencies revived the idea in 2004, but a proposal to send an X-ray telescope to the International Space Station was scrapped when NASA whittled down its space-shuttle programme, ultimately ending it in 2011. The German space agency and Roscosmos later approved a joint mission, and more ambitious design in 2009.

“There have been many, many ups and down until the whole thing really came out of the woods,” says Predehl.

Unusually, the mission has special data arrangement that aims to support Russia’s small astrophysics community. Instead of putting the data in one repository, as is typical for such missions, German researchers will store and analyse data on one half of the sky (the part west of the Galactic Centre) and Russian scientists will do the same with the other half, giving them dedicated time to work on the data, says Sunyaev. The mission will later open the data to other researchers.

The high-energy Universe is capricious, doing the most interesting things at the most unexpected times. Because of this, astronomers would like to look everywhere all the time, if possible. All sky observatories like the free-flying Fermi Gamma Ray Space Telescope and the Monitor of All-Sky X-ray Image (MAXI) on the International Space Station build up pictures of stunning occurrences and massive structures all over the sky. In the 1990’s, the ROSAT X-ray observatory scanned the sky for six months from pole to pole, providing an all-sky map of the low-energy (soft) X-ray band that remains unriveled to this day. But this is about to change. A upcoming X-ray observatory, Spectrum-Roentgen-Gamma (shown in the illustration above), is expected to be launched this June. Spectrum-Roentgen-Gamma is a Russian-German X-ray observatory, with contributions from NASA. The primary instrument on SRG is the «extended ROentgen Survey with an Imaging Telescope Array«, better known as eROSITA. eROSITA is the upper instrument on SRG in the illustration, just above SRG’s ART-XC instrument. One goal of eROSITA is to perform an unprecedented, 4-year long survey of the entire X-ray sky, with about 20 times the sensitivity of the ROSAT All-Sky Survey over a 5-times wider X-ray energy band. In addition to extending the ROSAT survey, the e-ROSITA survey (and companion observations by the ART-XC instrument) will provide, for the first time ever, images of the entire X-ray Universe in the hard energy band above 3 kilo-electron volts. One of the primary goals of SRG is to detect tens of thousands of distant galaxy clusters, to determine the large scale structure in the Universe and test our understanding of the mysterious dark energy which drives the Universe apart.

Published: April 22, 2019. Link to the original publication on HEASARC website. 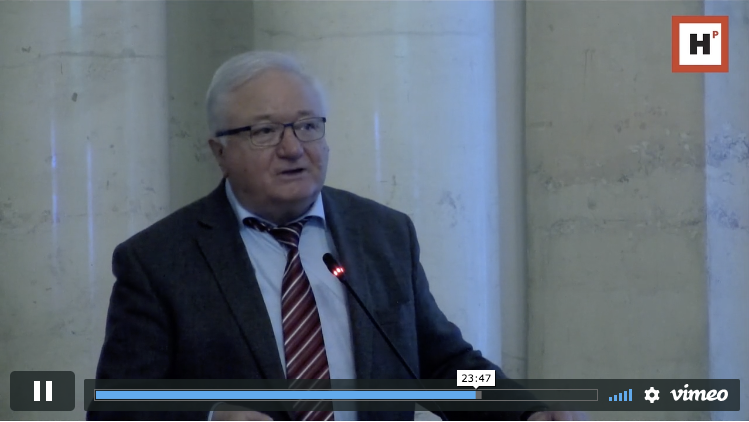