During the ground contact session on 24.07.2019, the first switch-on of ART-XC detector URD28 was initiated to acquire first scientific data. 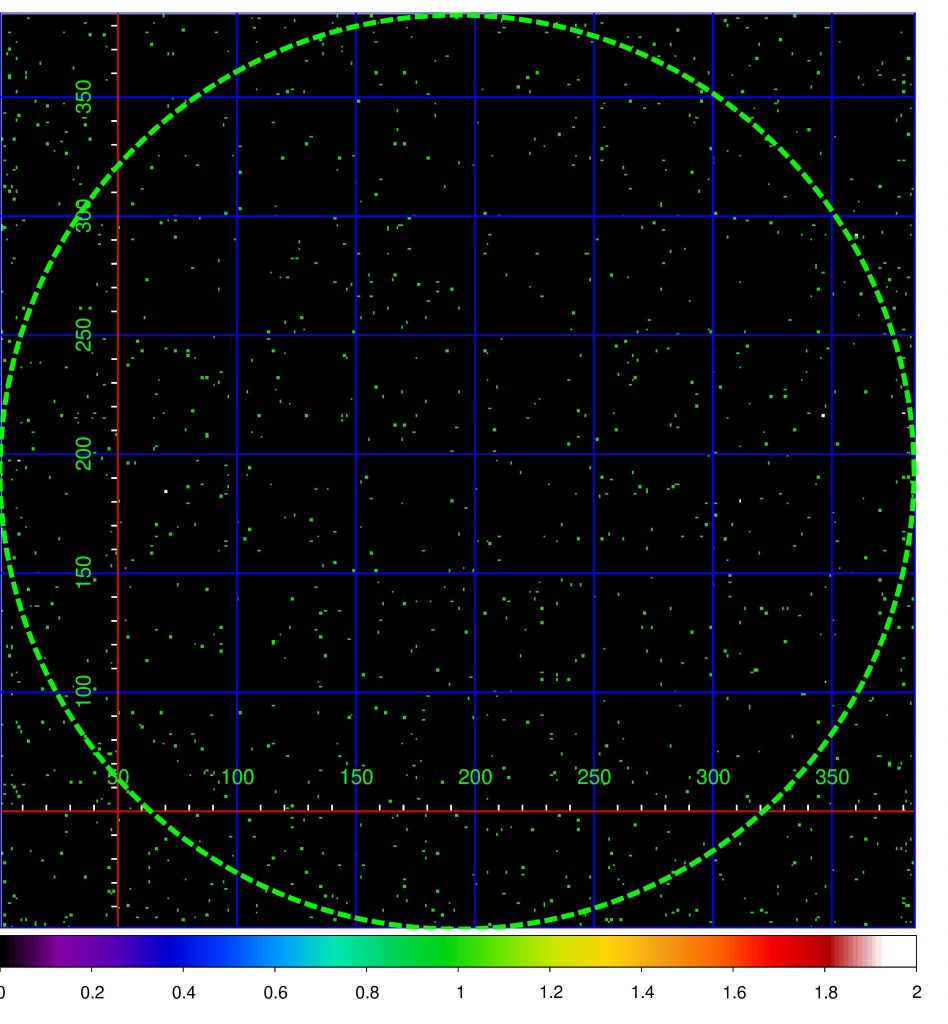 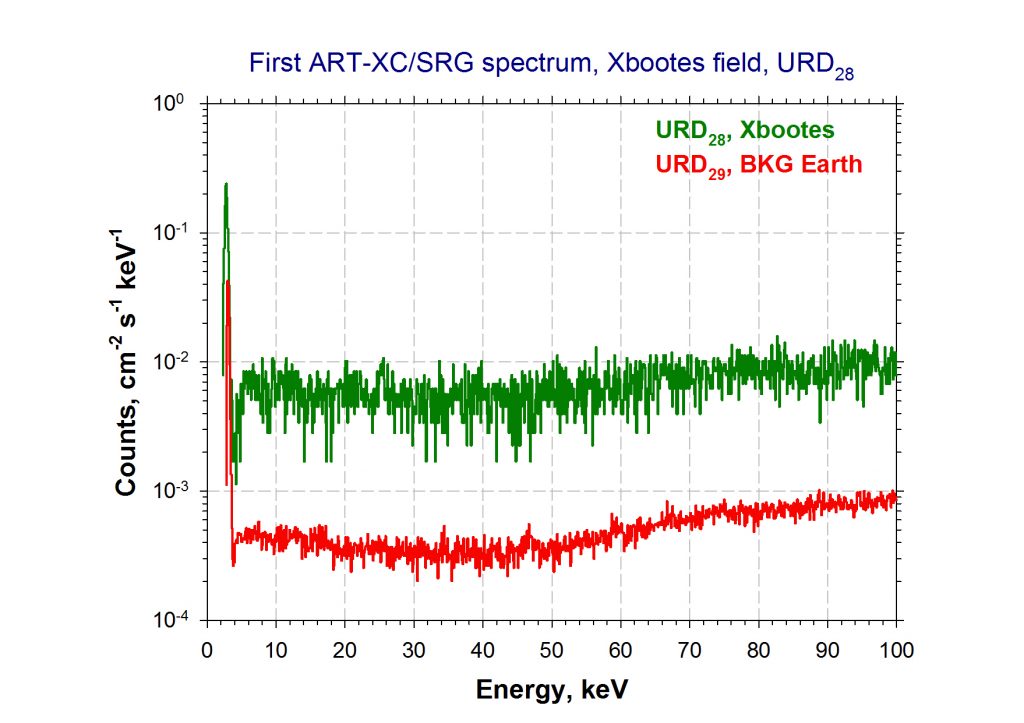 During the last few days Spectrum-RG spacecraft was observed by many Russian optical telescopes. These observations are needed to improve SRG orbit parameters measurements. The improved orbital solution will allow to apply more accurate orbit correction, which is planned on July 22. More accurate orbit correction will allow to save fuel aboard SRG spacecraft during its fly to the second Lagrange point (L2) of the Sun-Earth system. In future it will help to extend the mission lifetime.

The SRG spacecraft is now located at the distance about 700 km from the Earth, in the direction of Aquila constellation and is moving to the Lagrange L2 point with the velocity around 800 m/s relative to Earth. 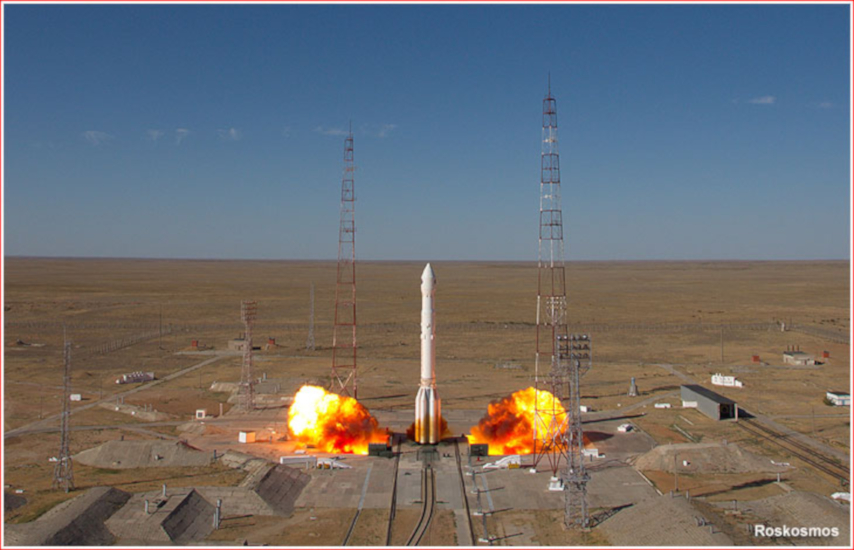 The image above shows the launch of Spectrum-Roentgen-Gamma from the Baikonur Cosmodrome in the Republic of Kazakhstan on July 13, 2019. Spectrum-Roentgen-Gamma (also called Spektr-RG, or SRG for short) is a Russian-German space observatory (with contributions from NASA), which will explore the entire high-energy X-ray Universe. The primary instrument on SRG is the “extended ROentgen Survey with an Imaging Telescope Array” telescope, better known as eROSITA. eROSITA will perform an unprecedented, 4-year long survey of the entire X-ray sky, greatly improving upon the only prior imaging all-sky X-ray survey, obtained by the German-US-UK ROSAT observatory in the early 1990s. The eROSITA survey will be obtained over a 5-times wider X-ray energy band, extending from 0.2 keV up to 10 keV, and to a much higher sensitivity than achieved by the ROSAT All-Sky Survey. The Astronomical Roentgen Telescope – X-ray Concentrator (or ART-XC) on SRG will expand the energy range of SRG to even higher energies, up 30 kilo-electron volts. One of the primary goals of SRG is to detect tens of thousands of distant galaxy clusters to determine the large scale structure in the Universe and test our understanding of the mysterious dark energy which drives the Universe apart. SRG will observe the Universe from a parking orbit at the Sun-Earth L2 point, a region of gravitational stability about a million miles behind Earth along the Sun-Earth axis. SRG will execute its 4-year all-sky survey by orbiting around the Sun-Earth axis every 4 hours. After this survey, SRG will spend 3 years taking detailed observations of individual celestial objects including galaxy clusters, active galactic nuclei, stars, neutron stars and black holes.

The first passage of the Spectr-RG space observatory over the territory of Russia from 21:18 to 02:40 MSK was observed by the head of the Kuban State University Observatory (KubSU) Alexander Ivanov with a 254 mm / 1200 mm Maksutov–Cassegrain telescope installed at the KubSU observatory. The video shows the passage of the upper stage DM-03 and the Spektr-RG observatory, moving along the constellation Vulpecula, a densely populated part of the Milky Way: 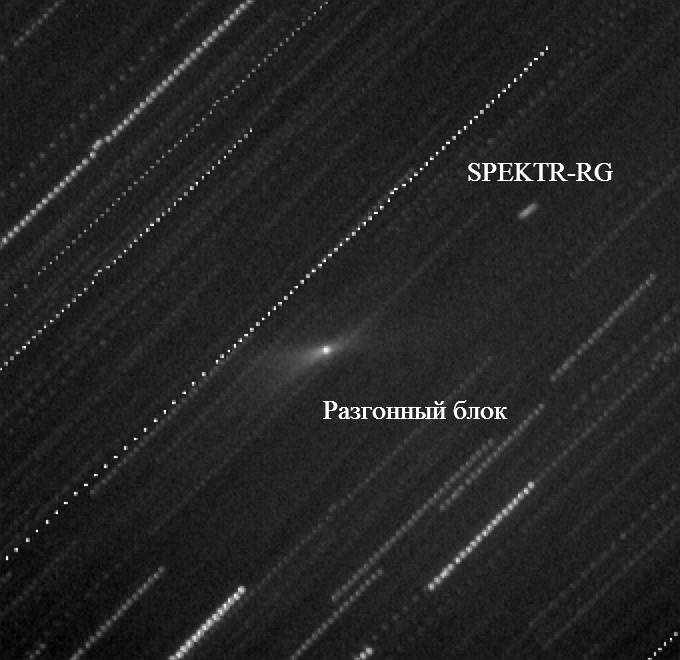 The Proton-M launch vehicle together with the Spektr-RG astrophysics space observatory lifted off from the Baikonur cosmodrome at 12:30 UTC.  All systems work normally. Solar panels and thermal shield deployment confirmed. The spacecraft is being tracked.

The state commission that oversees the launch of Proton-M carrier rocket with DM-03 booster and Spektr-RG satellite telescope decided to postpone the launch of the Spektr-RG observatory to July 13, 2019 due to issues with rocket subsystem.

Final decision about a possibility of the launch will be provided by the state commission at morning of July 13, 2019.

Roscosmos and space industry specialists perform pre-launch tests of the Proton-M vehicle with the Spectr-RG observatory at the Baikonur cosmodrome.  In particular, a cycle of planned tests and additional checks of all the launch vehicle systems, the DM-03 upper stage and the observatory are carried out.

However, during the final phase of the ground tests, an issue on the launch missile was revealed, which required additional time to eliminate.

The RIA Novosti news agency reported, that the discharged KhIT battery, which had required to postpone the launch of the Spektr-RG observatory to a backup date on July 12, was replaced by specialists at the Baikonur cosmodrome.

“The chemical current source has been replaced. The re-erect of the rocket to the launch pad is planned on July 8. The launch is scheduled on July 12 at 15.31 Moscow time,” said the agency source.

A test model of the ART-XC telescope has been delivered to IKI RAS in Moscow. The model is envisaged in preparation and finalization of the telescope control system from the Earth. 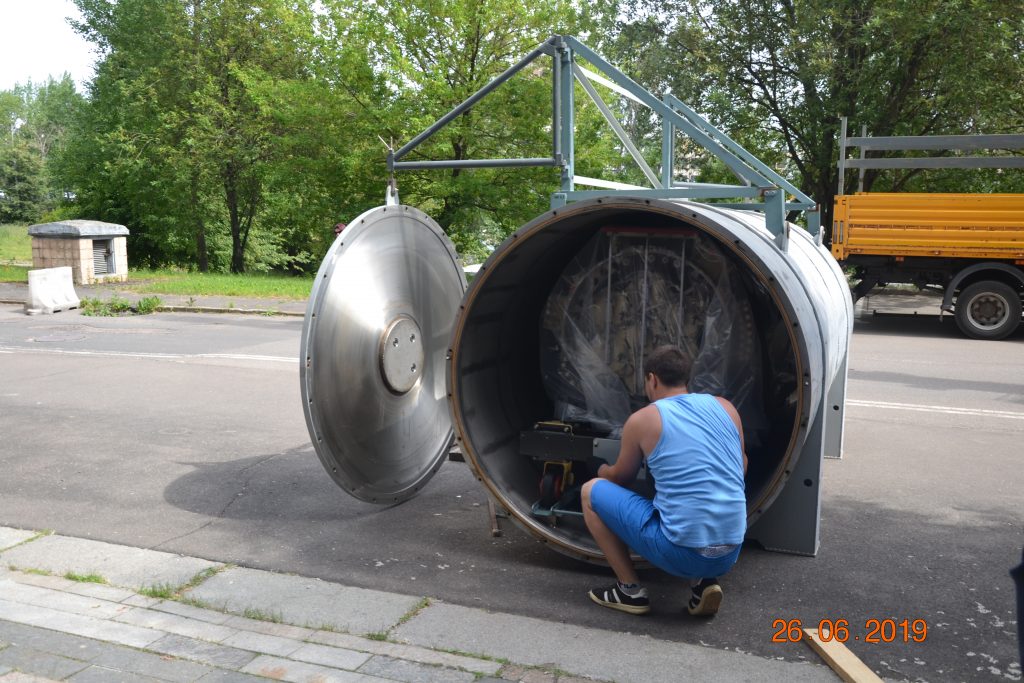 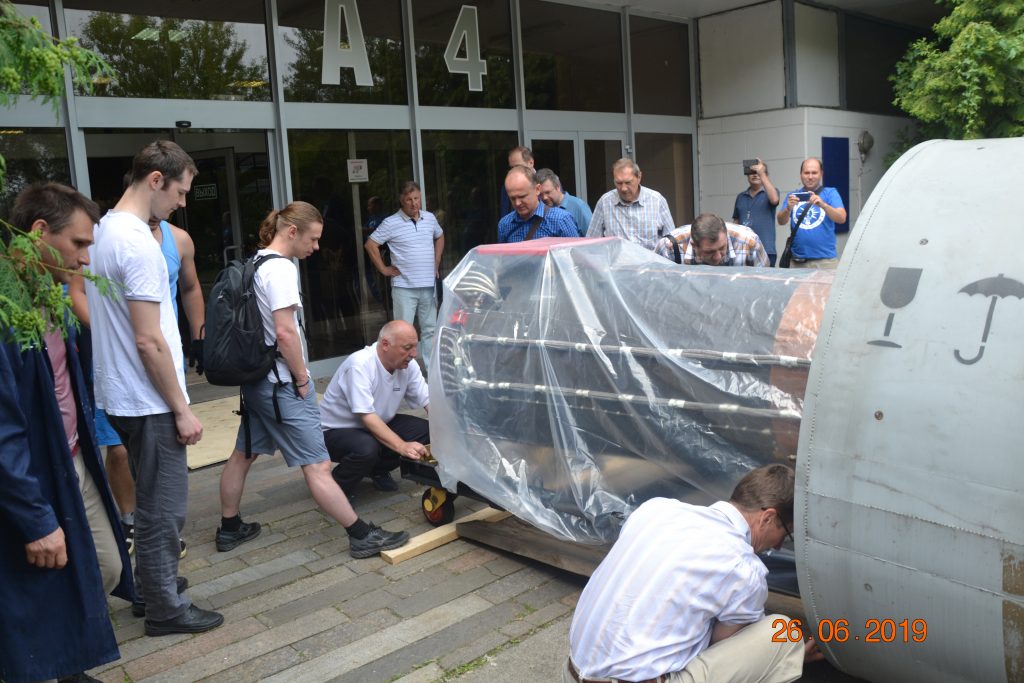 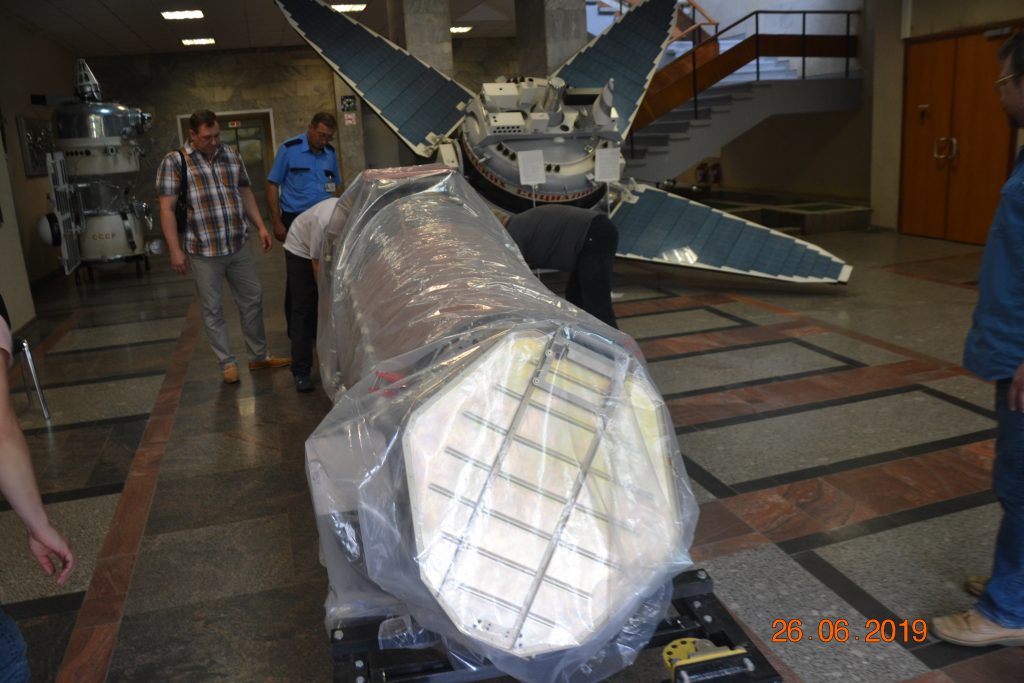 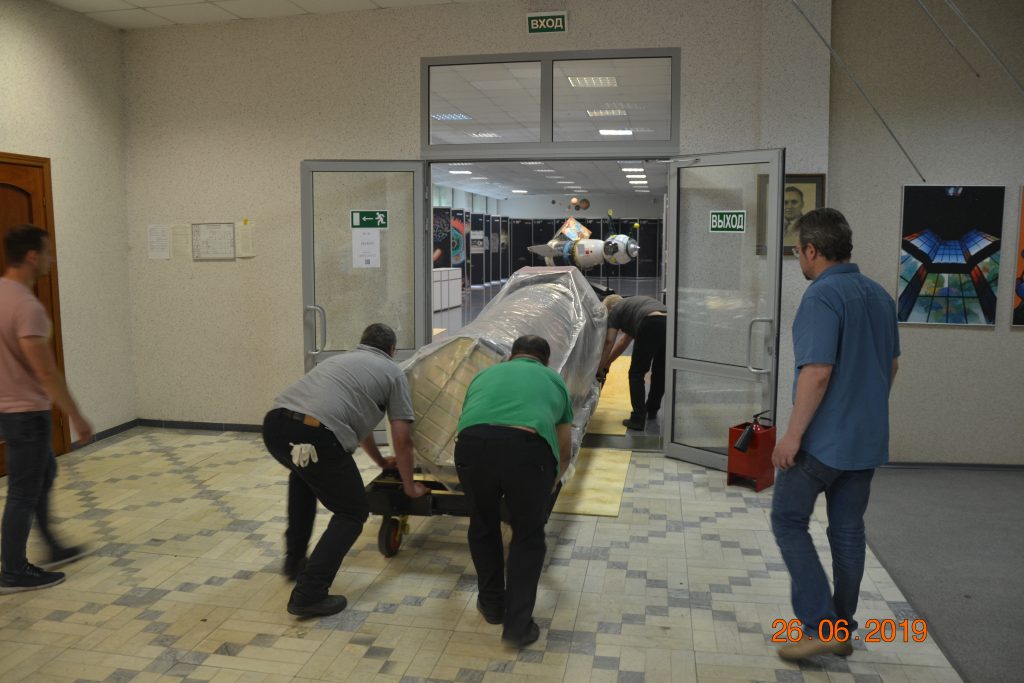 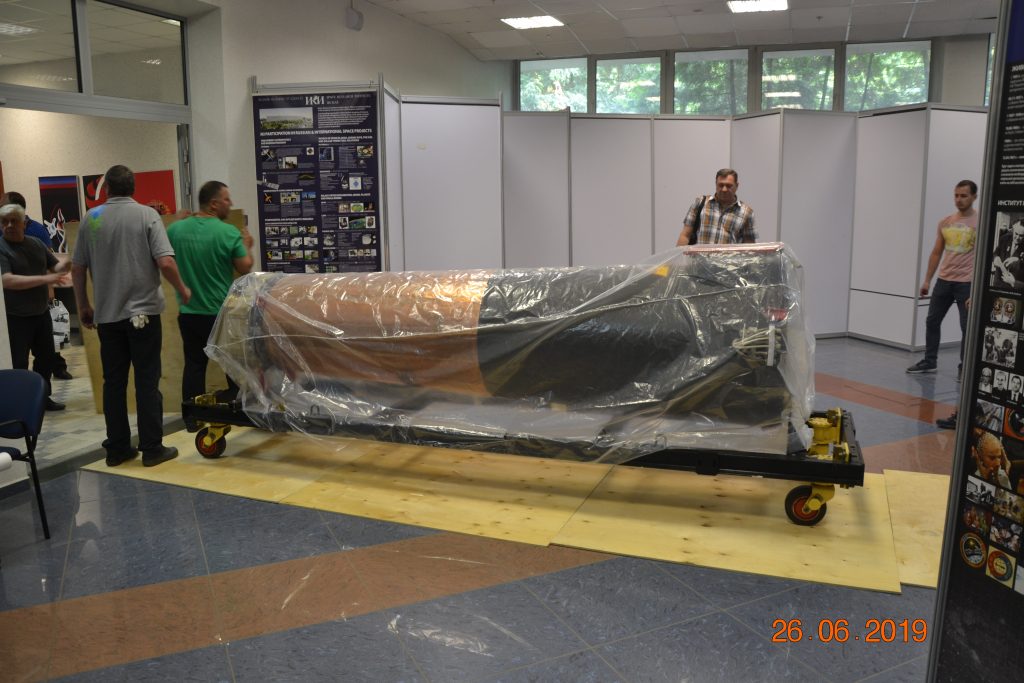