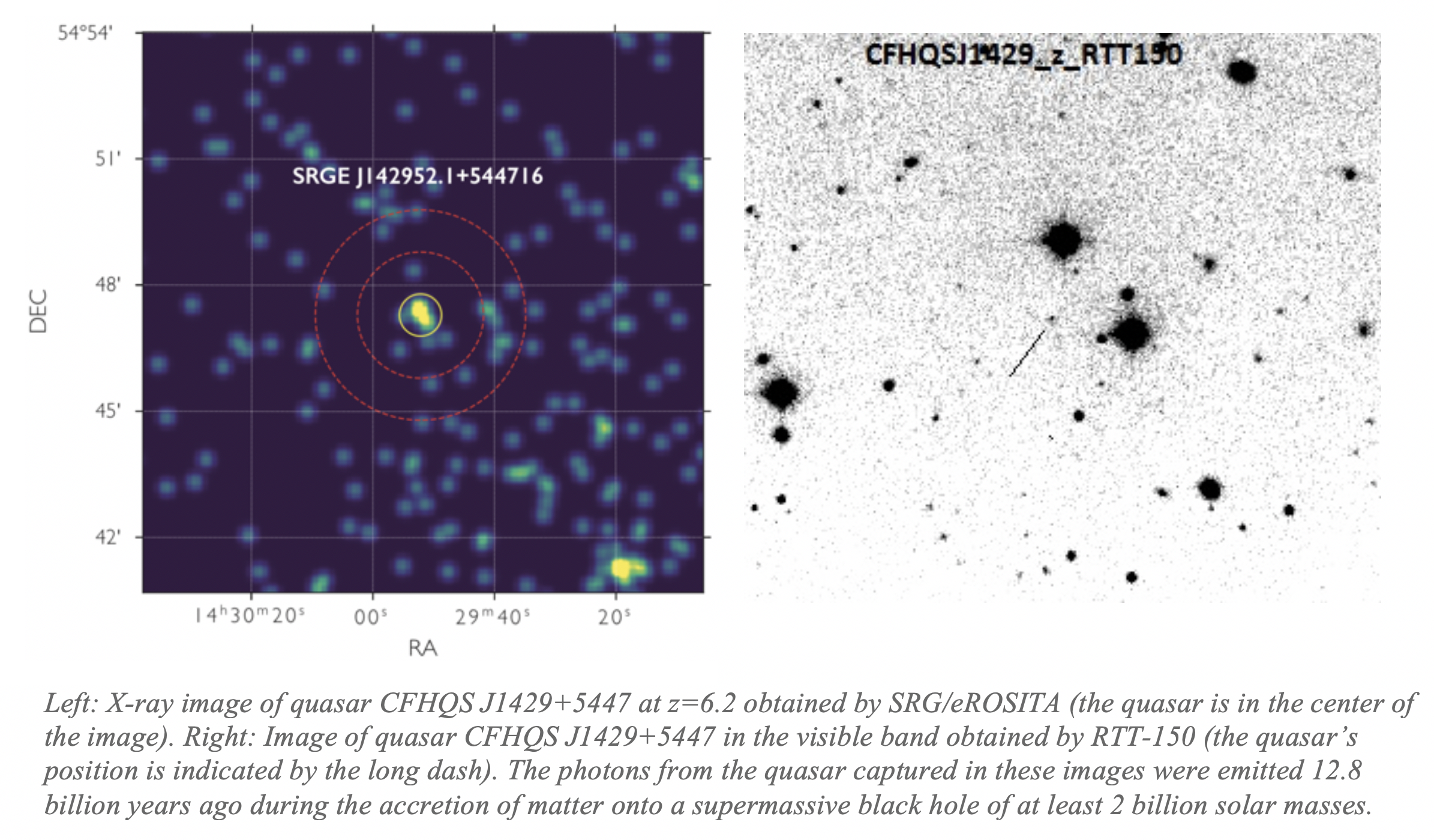 On August 26, 2019 the first X-ray image was obtained by one of the seven eROSITA telescope modules  on board the Spektr-RG space observatory.

The image of the UDS field with an area of the order of one square degree clearly shows dozens of X-ray sources, mainly active galactic nuclei and quasars. The image was obtained with the exposure of about 2000 seconds in the 0.5–2 keV energy range. Data obtained by Russian and German consortiums of the SRG/eROSITA mission.

The ART-XC telescope onboard Spektr-RG space observatory continues to monitor the Galactic center region after reports on Sgr A* flaring activity (ATel #13007, #12768).

The SRG/ART-XC collaboration sent its first astronomic “telegram” on observing the supermassive black hole Sagittarius A* in the center of the Milky Way.

We also noticed variability on timescale of few kiloseconds.
Because of preliminary calibration status of ART-XC more accurate details will be provided in the following article. 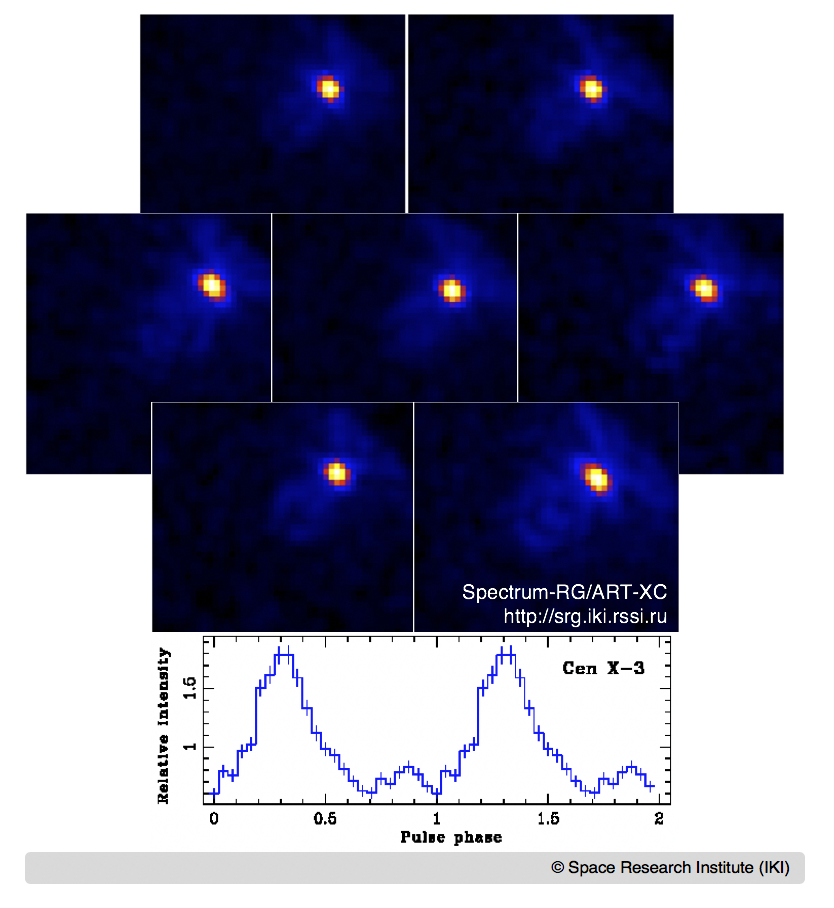 During the ART-XC calibration observations on August 3, the collaboration received a new scientific image:

As of August 7, 2019, the Spektr-RG spacecraft was continuing its flight to the L2 Sun – Earth system libration point area, the onboard equipment being adjusted. The ART-XC telescope creators expect to receive the images from the second telescope, eROSITA, to collate the fields of view of both telescopes.

eROSITA, the second telescope of the project was created in Germany. The spacecraft has already opened the lid used to cover the mirror systems entrance openings. eROSITA is expected to send its first images in mid-September.

Spektr-RG is a Russian-German joint project to create a space astrophysical observatory aimed to explore the Universe in the X-Ray electromagnetic radiation spectrum around the Sun – Earth system L2 point. The spacecraft was launched on July 13 2019 from the Baikonur Cosmodrome.

31 July 2019 INTEGRAL is currently observing the High Mass X-ray Binary Cen X-3. The source is the target selected for the first light of the ART-XC detector onboard the Spektr-RG mission.

INTEGRAL observations will provide complementary information of the source at hard X-rays and will help to characterise the performance of the ART-XC detector in space. Spektr-RG was launched from the Baikonur Cosmodrome on 13 July 2019. We wish sucessful operations to our Spektr-RG colleagues.